Tracking the Effectiveness of the RPP

Now in its fifth year as an inclusive member benefit for all IAM Governing and Core Members, the IAM Receivable Protection Program (RPP) continues to grow and serve as a safeguard for IAM members.

The key insight from last year was that RPP usage declined due to the reduction in business associated with the pandemic. Despite the slip in usage, RPP effectiveness improved with an enhanced claims process unveiled by IAM and a growing reserve fund. The former allows IAM to provide more proactive member support on claims while the latter allows IAM to absorb greater losses in the future and enable capacity to invest in further strengthening the program.

How Much Did IAM Compensate Members in 2020?

Members submitted 437 unpaid invoices on 196 separate claims. “Claims” are defined as a set of unpaid invoices owed by one IAM member to another. After a sharp uptick in usage in 2019, usage rates reverted to the mean in 2020. Given that this occurred during the pandemic, IAM believes that usage rates are tied to slowdown in business between our members. 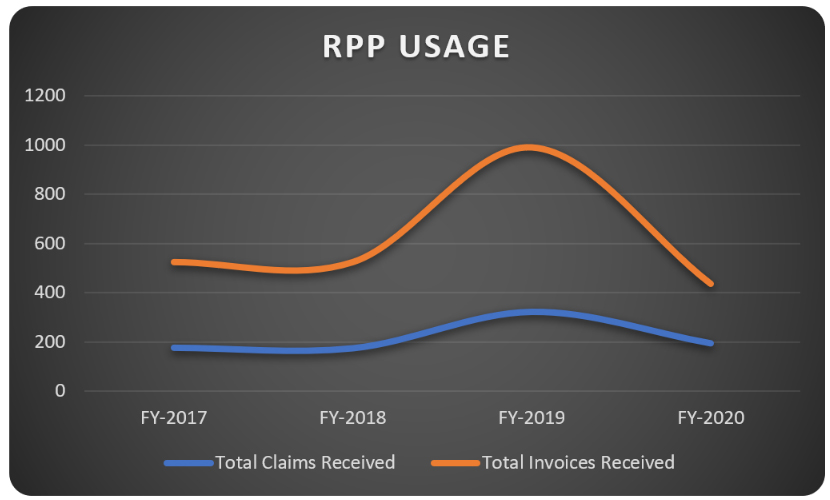 IAM has recently invested in developing a more seamless claim submission and review process through the IAM Mobility Exchange (IAMX). This will give members greater tools and allow IAM Staff to enhance the service it provides to members on the RPP. After the implementation of IAM Mobility Exchange (IAMX) in 2020, claim submission has become more seamless and efficient. This has resulted in better customer service for members. We will use feedback to continuously evolve the system to meet new needs.

Which Companies Triggered These Claims to Be Paid?

The RPP compensates members for unpaid invoices that were not paid by former IAM Governing or Core members that have filed for bankruptcy or ceased to exist. In 2020, the following companies met those conditions:

How Else Does the RPP Benefit Members?

How Effective is RPP Intervention?

The below chart demonstrates the effectiveness of IAM’s intervention on unpaid debts between members. Aside from 2016, IAM helps to resolve more than 50% of requests that are reported to the RPP. The key element of RPP Intervention is the potential for the delinquent company to be published to the IAM membership on the Alleged Debtor List. While IAM cannot compel member companies to repay a debt, highlighting a company as an Alleged Debtor to our worldwide network provides a powerful incentive to pay the outstanding invoice(s).

While the resolution rate dipped slightly from the two previous years, IAM was more successful in resolving more than $400,000 USD worth of unpaid invoices, which was our first time ever eclipsing that number.

What is the Value of the RPP?

When accounting for both RPP Compensation and RPP Intervention, the program delivers more value back to IAM Members than they pay into the RPP Reserve Fund. Since January 1, 2015, when the RPP became a benefit for all Governing and Core members, the program has delivered $2,628,152.59 USD in value back to the members. IAM has broken down this number on a yearly basis to show you the value and how it is increasing year over year. See the chart below. IAM wants to specifically highlight that the RPP has delivered at least $200 USD per member per year back in direct value since 2017.  With Core Member dues set at $950 USD per year, this one benefit alone already pays your company a considerable return back on its yearly investment.

This calculation does not account for the value of the business intelligence we provide through the Alleged Debtor List, so it is certainly more valuable than what it is shown below, but this is what IAM can quantify. 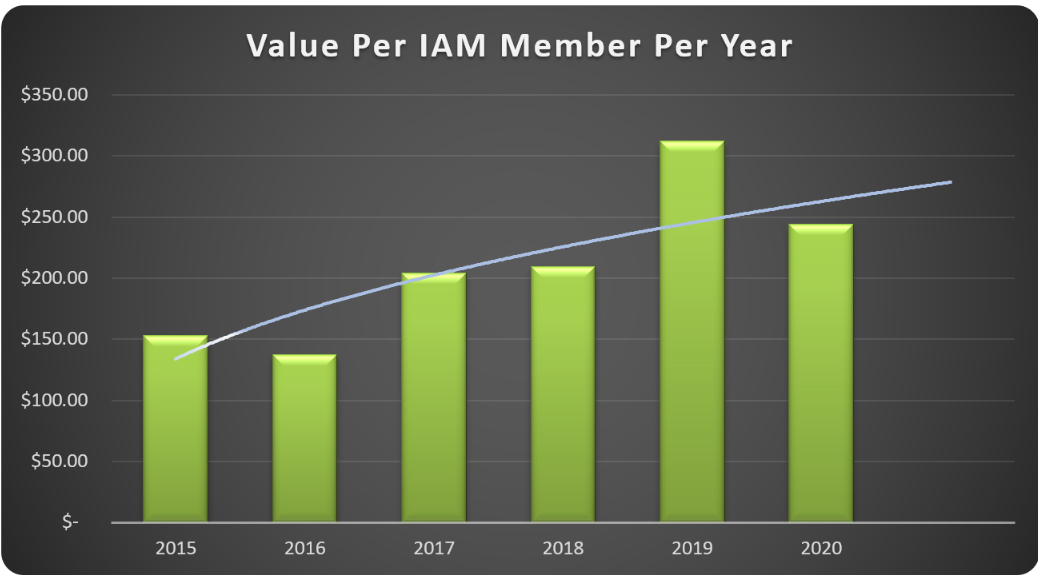 The chart also shows the year-over-year expectation of value IAM expects the RPP to continue delivering based on past data. It is important for all Governing and Core members to remember that this valuable benefit is included in their membership each year. If your company works with another IAM member and is not a member of IAM, ask yourself why it is missing out on the valuable coverage afforded to movers through the RPP.