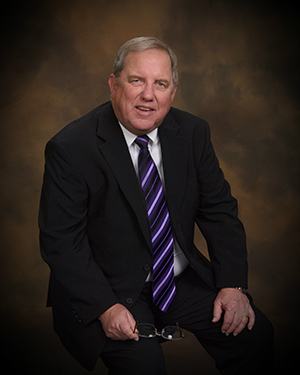 Rick Curry is a 40-year veteran of the transportation industry. He attended the University of Maryland until drafted into the military in 1967. He returned from service to complete his undergraduate degree, and then received his MBA from Morgan State University in Baltimore while working his first job in the moving business at Davidson Forwarding.

Mr. Curry continued his career and served in various senior management positions at North American Van Lines, where he started a new division called Apartment Movers, which was designed specifically for small apartment moves within local markets and throughout the United States.

Hired by Global Van Lines to set up an international operation, he subsequently became president of Global Worldwide, allowing him the opportunity to travel extensively and visit many customers and agents throughout the world. In 1997, when The Pasha Group bought Gateways, he became its president and commuted from his home in Southern California to Seattle.

He has been involved with IAM (formerly HHGFAA) since the mid-1960s. The first president of the association, Cal Stein, was his wife’s uncle. He has been actively involved on many committees over the years. Mr. Curry served on the Executive Committee for eight years, including a three-year term as Chairman.

During his tenure as Chairman, a change in leadership allowed him to travel to and from Washington, D.C., to manage the Association headquarters office until Terry Head was hired as president. A major political campaign was being conducted by HHGFAA at that time on Capitol Hill, during which time Mr. Curry brought many members together to visit their congressional leadership. This campaign led to the hiring of a lobbying group, Pace LLP. Under the leadership of Terry Head and the Executive Committee, an effort was initiated to increase the membership to the level that it is today.

Mr. Curry has served on the Hall of Honor Selection Committee since its inception until 2017, when his resignation from the committee made him eligible for Hall of Honor consideration.

He also has had the opportunity to work in the military, GSA, commercial domestic and international segments of the moving industry. During his travels throughout the United States and around the world, he visited with many IAM members, allowing him to see firsthand what they were experiencing—a viewpoint that helped him to formulate his positions on matters for Gateways International, Inc., and the industry in general.

Since his retirement, Mr. Curry has somehow found ways to stay busy. Currently, he is working with John Day on the IAM Looking Back project, and he has already unearthed a treasure trove of information relating to the early days of the organization. He continues to offer his expertise and experience to IAM and serves as Chairman of the Ethics Council, as well as being actively involved with the External Relations Subcommittee.