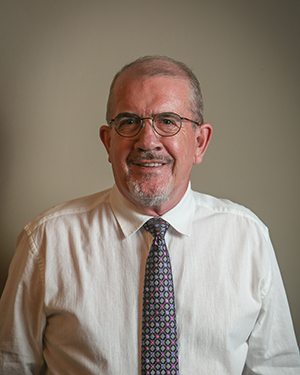 He is a thirty-nine year veteran of the international moving industry having started his association with the business when the software company, in which he was a partner, developed computer systems for Trans-Euro and other European Movers starting in 1978.

His company later re-wrote the systems to work for US Van Lines, which led him to move to the USA from Ireland in 1984. The system was installed at North American International, United Van Lines and Mayflower in the following 18 months.

He joined Mayflower in 1986 to develop agent communications systems and was appointed VP of their international division in 1988, a position he held until 1996.

During his tenure, he managed a team that created new and innovative services including a Mexico-USA trucking service in 1989 and a well publicized link with the Soviet Union in 1990.

He joined Global Silverhawk in 1996 and held positions as Executive VP and COO until leaving to start a consulting business in 2000. His consulting clients included Runzheimer, Suddath, PWC, Bank One and AGS Worldwide Movers.

AGS Worldwide Movers, hired him to study their relationship with the US market and subsequently asked him to direct their efforts there. He has been responsible for partner relations for AGS in the United States since 2008.

His writing and speaking experience includes:

Tony resides in Indianapolis, IN with his wife Jean. They have four grown children and seven grandchildren.