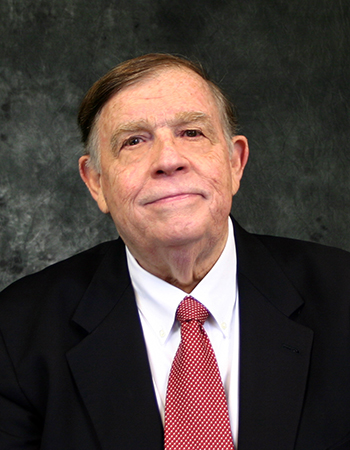 James Francis Coleman was born on Sept. 22, 1936, in Hutchinson, Kansas, and is the oldest child of the late Francis and Virginia Coleman.

Jim’s experience in the transportation industry started more than 60 years ago. As a young man, Jim developed an entrepreneurial spirit and a very strong work ethic by helping his father and grandfather transport and move general freight and furniture at the family moving and storage company, Coleman Transfer and Storage, founded by his great-grandfather in 1914. Jim graduated from Hutchinson High School in 1954 and attended the University of Kansas. While at KU, he met Janice Chelf and the two were married. After college, Jim and Jan headed west to Los Angeles, California, where he worked for the Hallmark Card Corporation as a top salesman for several years before returning home in 1961 to join the family business. Once back in Kansas, Jim joined the family business as a fourth-generation leader. He started his journey with a few trucks, a warehouse, and a strong family tradition to move the world with excellent service.

In the early 1970s the company changed its name to Coleman American Moving Services/Covan World Wide Moving and started expanding throughout the Midwest. In 1975 Coleman American purchased Loftin’s Transfer and Storage, which was headquartered in Dothan, Alabama, with operations throughout the Southeast. This acquisition doubled the size of its moving and storage operations and the explosive growth in the Southeast prompted the company to move its headquarters from Hutchinson to Dothan in 1979. Coleman American was always involved in the international relocation of household goods through its moving and storage service centers, but expanded its involvement with the creation of Covan International in the late 1980s. Coleman has been active in the IAM and its predecessor, the Household Goods Forwarders Association of America, for more than 30 years.

The company now known as Coleman Worldwide Moving has significantly grown through the years to become one of the largest moving and relocation companies in the world. Coleman Worldwide now has 60 service centers in 19 states, one U.S. territory and agents throughout the world.

Jim also believes a company should be an active participant in community service and has a responsibility and duty to serve others. Coleman demonstrates this through numerous industry outreach programs, including Move for Hunger and the Alan F. Wholstetter Scholarship Fund, as well as civic and charitable organizations in the Dothan, Alabama Area and beyond. Jim Coleman has been instrumental in the development of the Wiregrass Museum of Art, the Dothan Area Botanical Gardens and Troy University.

The business and industry are important to Jim, but he counts his family as his greatest commitment and blessing and he has five children: Jennifer, Julie, Jill, Jeff, and John; 15 grandchildren and three great-grandchildren.