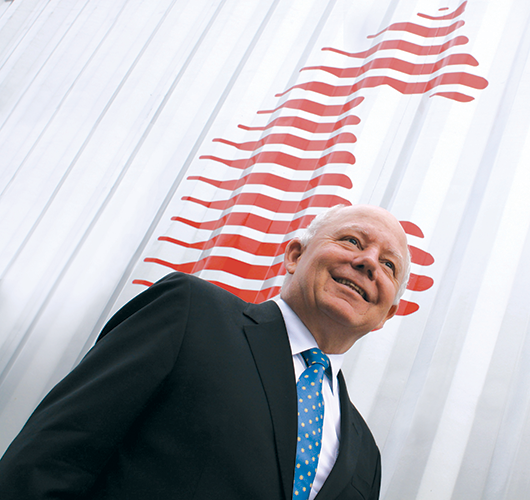 Lars Lykke Iversen has enjoyed a career spanning more than 30 years in the relocation and transportation industry. He served in the military with the Queens Guard in Denmark and obtained his degree in business administration. After four years training with EAC (East Asiatic Company) in accounting and finance and two years with Johnson Walton Steamships, he was then appointed vice president of finance for EAC Transpacific Service Limited.

In 1986 Lars relocated to Hong Kong where he successfully managed the flotation of EAC in Hong Kong, the acquisition of Santa Fe Transport in 1988 by EAC, and the successful merger of Santa Fe & Global Silver Hawk in 2001. In 2010 and 2011, Lars subsequently closed major strategic deals with Wridgways in Australia and Interdean in the UK, providing customers with an end-to-end solution across the globe.

During this period, Lars has continued obtaining professional training through Insead and has attended many leadership and advancement courses including IMD in Lausanne, Switzerland.

Lars has served on many boards including as President of Overseas Movers Network International Limited (OMNI), Past Chairman of The Danish Business Association of Hong Kong, board member of Far East Movers Association, and as a member of the APAC Program Task Force. He then joined the Board of Directors for ERC in January 2009 and was awarded the Meritorious Service Award. Lars retired from the role of CEO for the Santa Fe Group in April 2015 but holds a role as Executive Director.

Santa Fe is proud to have a goal orientated, perceptive team leader with a talent to implement strategic business plans with a customer-centric manner while at the same time adopting a hands-on approach to his passion for the business and its people.

Lars is married to Wendy, a Canadian, and has three children. His hobbies include golf, skiing, and hiking.