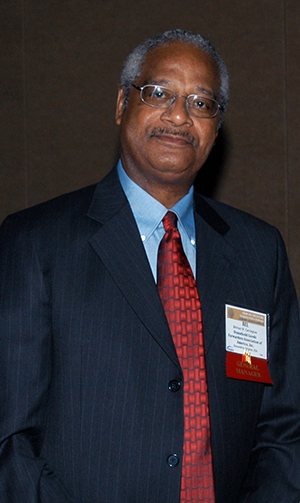 Bel Carrington, the longest-serving staff member at IAM, could be called its institutional memory. Hired on the spot when he interviewed with the Association’s first president in 1965, he’s been involved in every aspect of its operations and successes, seeing it through streamlining and automation of its internal processes and watching the staff grow along with its membership and services. For five months in 1996, during the Association’s search for a new president, he managed the day-to-day operations—an experience he still regards as the highlight of his career.

Bel’s favorite time of year is the Annual Meeting, when he reunites with hundreds of friends he’s made during almost four decades on the job. In fact, someone once advised a first-time attendee that if he needed guidance or help, he should just look for “the tallest person in the room”—that is, Bel.

Away from the office, Bel indulges his passion for sports, both watching and doing. He likes to bowl, fish, golf, garden, and spend time with his family. When he retires, he and his wife, Gloria, plan to explore other parts of the world—always something to look forward to.