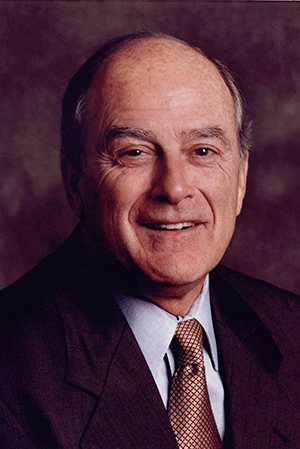 Quinn Bell dedicated 36 years of exemplary service to the moving and storage industry. Prior to his retirement in 2004, Bell built The Suddath Companies into one of the largest moving and storage enterprises in the continental U.S. He brought together a strong management team that, under his guidance during the 1970s, launched the development of several subsidiary companies. These strategically placed offices served the needs of both Suddath’s domestic and international customers. Bell also guided Suddath through a number of business ventures not related to the transportation industry, including a manufactured housing company, a telecommunications firm, and a leading record storage operation. He is a past chairman of the Florida Movers and Warehousemen’s Association and was twice chairman of IAM (formerly the HHGFAA).  He also chaired two charitable foundations and is an active member of the Rotary Club. In 2003, Quinn Bell was recognized by United Van Lines for his many contributions to the industry. He received United’s highest honor, the Gene Anderson United Excellence Award, for meritorious service. Quinn Bell resides in Jacksonville, FL with his wife Ann, and has four children and five grandchildren.