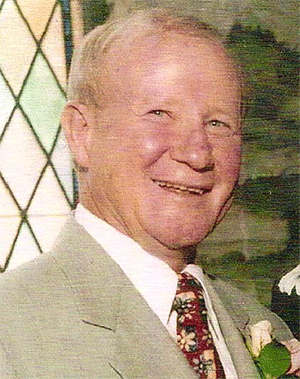 For more than three decades, Tom Cartwright, who passed away in 2003, was a leader in the household goods moving industry and the Household Goods Forwarders Association of America (HHGFAA), now IAM.

Born and raised in Kansas City, Missouri, Mr. Cartwright attended high school there and excelled in football. After graduating from high school, he enrolled at the University of Missouri, where he majored in both history and business. Upon graduating from college, he began his career at Cartwright Van Lines. As vice president of the company, he was involved in all facets of the business. Mr. Cartwright launched American World Forwarders in 1979, serving as president until his death. Throughout his career, he was an active member of the association. As a past member of the Executive Committee, he chaired the Claims Committee and served the Association in a variety of capacities.

To know Tom was to know a competitor; winning was everything and losing was not an option. However, in the face of defeat, he was the most gracious gentlemen and was quick to compliment his fellow competitors. Only 5’4” tall, he was nonetheless regarded by friends and peers alike as a giant due to his commanding presence and warm personality. Mr. Cartwright loved the forwarding business and counted many of his colleagues in the industry as some of his closest friends and acquaintances.