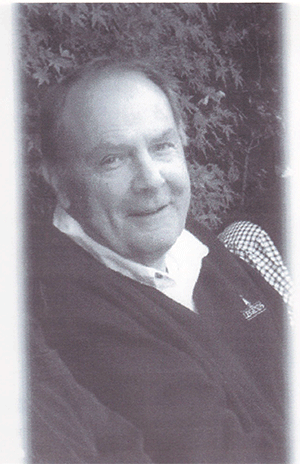 Richard M. Smith, known as Dick, was a mover for life. His successful career spanned six decades and touched the lives of countless agents, associates, and customers throughout the world.

In the 1950s, shortly after being honorably discharged from the U.S. Navy, Dick began work at Vanpac Carriers (now American VanPak Carriers), where he constructed shipping containers before transitioning into sales. Vanpac Carriers was a founding company of IAM (then HHGFAA) and was part-owned by 2009 Hall of Honor Inductee Ralph Johnson.

As sales director at Vanpac, Dick landed several major contracts that presented immense logistical challenges. One of these contracts was for Air America, which was conducting covert operations in Southeast Asia during the Vietnam War. There, Vanpac was responsible for moving American personnel in and out of Laos, Cambodia, and other locations in Southeast Asia. Dick was also able to develop business in China at a time when it was difficult to do so there. By partnering with the Sino-Santa Fe Company, Vanpac began relocating coal mine employees throughout China, some in very remote places.

Dick Smith also played a role in changing how our industry operates when Vanpac became the first carrier to route military household goods through the Gosselin Group's facility at the Port of Antwerp. Prior to this, all such shipments passed through ports in Germany.

During his long career with American VanPack Carriers, Richard moved up the ladder, eventually becoming President of the company. After retiring from VanPac, he re-entered the moving business with longtime rival and lifelong friend Bob Barry, starting AAA Dispatch International out of Sonoma, California. Dick Smith, who passed in 2010, is remembered by his peers as a man of honesty, integrity, and innovation.