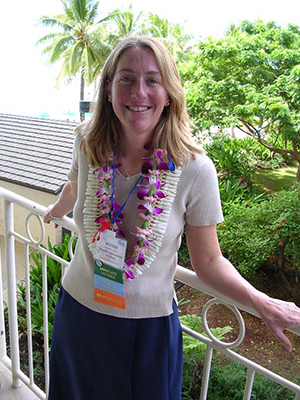 As President and Founder of True North Relocation, LLC, Heather Engel has leveraged her 20 years of industry experience to create a company with a reputation for communication and honesty throughout the international relocation process.

After graduating from the University of Reno, Nevada, Heather moved to the northwestern United States. In 2004, she formed True North Relocation, an independent freight forwarding company based in Seattle and dedicated to helping customers smoothly transition to their new location. The company is a member of the IAM, The American Moving & Storage Association, and the Better Business Bureau.

Heather first became involved with IAM (then HHGFAA) in 1997, during the Association’s 35th Annual Meeting in Reno, Nevada. During that convention, she was introduced to HHGFAA cofounder Alan Wohlstetter. In 1999, she teamed with Michael Gilbert of Southern Winds and George Cooper of Australian Vanlines to create the Young Professionals group (YP-35), known today as IAM-YP. That organization was formed to extend support to the younger generation of forwarders as they became more involved with the Association. Heather served as the group’s vice chair from 2000 to 2004. Since 2004, she has served as the first President of the Alan F. Wohlstetter Scholarship Fund.