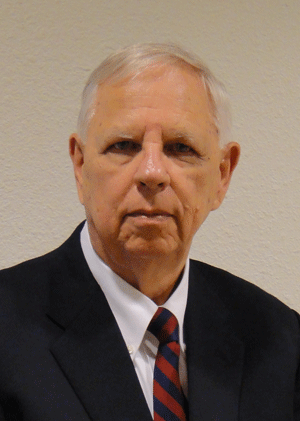 Don Collins was born in 1938 in Flora, Indiana, home to only 1,500 people. His father was in the trucking business, hauling anything that could be loaded onto a truck and moved across the country. Years later, just after World War II, his father became an agent for Clipper Van Lines, later known as Wheaton Van Lines. When Don was 12 years old, he made his first trip on a moving van with his father in 1950, and thus began his career in the moving industry.

After graduating from high school in 1956, Don received a scholarship from the Freuhauf Trailer Company to attend Tri-State College in Angola, Indiana. That scholarship, enabling him to pursue studies in business administration with a major in motor transportation management, was the first offered by the company at any college or university in the United States. As a basketball player, he also received a scholarship to play the sport. He married in 1959 while still in school. Upon graduating in 1961, he went to work at Fernstrom Moving Systems in Chicago, Illinois. Leaving there at the end of 1962, he joined his brother in Kokomo, Indiana, at Collins Moving Systems, where he spent many years as a long-distance driver.

By 1967, Don and his wife, Sharon, had five children. With the help of his father, Don purchased Twin City Moving and Storage in Lafayette, Indiana, an agency for North American Van Lines. In 1976, he learned about a business for sale in St. Thomas, U.S. Virgin Islands, and by April the following year he was the owner and president of The Viking Corporation, launching his career in international moving. Today Viking serves all three islands: St. Thomas, St. John, and St. Croix.

During the ensuing 35 years in the Caribbean, Don’s career included 14 years on the Executive Committee of HHGFAA (now IAM), first representing Latin America and the Caribbean, and later as the Associate Members Representative. Two of his sons, Dale and Don II, have continued to pursue careers in the industry. Don sold The Viking Corporation in 2011 and continues to be active in his church and Rotary Club.