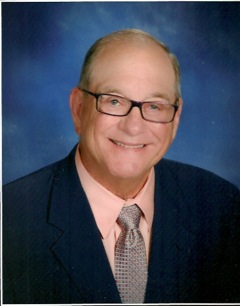 Randall K. (Randy) Groger served on the IAM Executive Committee for 10 consecutive years, six years as Vice Chair and from 2007 to 2011 as Chair. During his tenure as Chair, Mr. Groger led the association through two of its most significant changes in decades: the renaming of the Household Goods Forwarders Association of America to International Association of Movers, and the restructuring of membership categories to include Governing Member, Core and Supplier Memberships, Industry Veteran and Student Member. As Vice Chair he was heavily involved in representing the industry during the planning and implementation of the U.S. Department of Defense Families First Program, now known as the Defense Personal Property Program, or DP3.

A 45-year veteran of the transportation industry, Mr. Groger is currently owner and president of RKG Associates, which he established in 2008. The company is a consulting firm offering program planning, organizational and management assessments, market requirements and profitability analyses to the transportation community participating in the DoD and GSA International Personal Property Programs.

Mr. Groger’s career includes 30 years in the moving Industry. Prior to starting his consulting firm, he served for more than 25 years in leadership roles, including seven years as president of a large forwarder that focused on the DoD and GSA Personal Property Programs. He also led its international involvement in several unique DoD pilot programs, including the Full Service Moving Program (FSMP), which demonstrated commercial move practices from nine different locations within the United States. In addition, he was responsible for the company’s international participation in the shipment distribution and management phases of the Minot AFB test program.

His direct industry experience was preceded by 10 years as an executive consultant, manager and supervisor with a national transportation management services company and five years as an officer in the U.S. Army Transportation Branch, attaining the rank of captain. In service to his country, Mr. Groger received several awards and citations, including the Bronze Star for meritorious service in Vietnam.