Presenters of the new IAM Learning Lab, "Corporate Accounts, Government Customers, and RMCs: How to Get More Business" 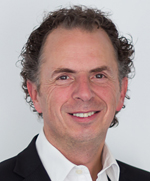 Jesse van Sas, General Manager of FIDI Global Alliance, was born in The Netherlands (1963). He started his career as an account coordinator at a payroll company in Belgium, then later joined movers Arthur Pierre in The Netherlands in a junior sales role. He later went to Ziegler in Brussels and quickly worked his way up to become General Manager. His last career move in operational moving and relocation was joining Santa Fe Relocation (then Interdean) as Managing Director for Belgium in 2009. In December 2015, van Sas became General Manager of FIDI, located in Brussels. Before taking this full time position at FIDI, van Sas had been a volunteer trainer for the FIDI Academy for more than 12 years, and he also was president of the local FIDI association in Belgium. 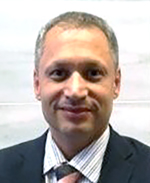 Russell C. Gambino, Senior Program Manager for Global Corporate Solutions, has more than 30 years’ experience in managing global organizations in both client and vendor management roles. His experience covers business and financial analysis along with operational responsibilities across multiple industries, and he has been credited with using various change management skillsets to achieve performance and financial goals resulting in over $100 million in savings and revenue production. Russell takes pride in the accomplishments of his staff and their ability to produce results, as well, and uses this awareness to help motivate himself and his staff achieve their goals. Much of these accomplishments were done in operations previously considered failing. In each position he has held, Russell’s teams were able to exceed expectations and become “Best in Class” operations within each of their respective companies.

Benjamin D. Ivory is a Senior Vice President for the Graebel Companies, responsible for global household goods transportation and oversight of Graebel’s EMEA and APAC supplier development teams. Previously, Ivory served as the Managing Director for the Graebel EMEA service center located in Prague, Czech Republic, and has a total of 37 years’ experience with the company. Ivory began his career in Detroit, Michigan working in the third generation of a family-owned moving company, and has served as President of FIDI–USA and Chair of the FIDI - FAIM Quality System Steering Committee. Ivory graduated from Marquette University in 1974 with a BS in Business Economics, and has CRP (Certified Relocation Professional) and SGMS-T (Senior Global Mobility Specialist – Talent) Designations from the Worldwide ERC Organization. 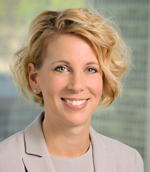 Joleen Lauffer is Executive Vice President of Aires. Joleen joined the company in 1997, and previously held the positions of Relocation Specialist, Program Manager, Account Manager, Director of Client Services and VP Operations. Today, Joleen oversees all operations and technology services with a keen focus on the strategic direction of the organization. Lauffer holds degrees in Business and Spanish from Washington & Jefferson College, studied in Bogotá, Colombia, and achieved her CIO Certificate from Carnegie Mellon University. She also maintains a real estate license, has earned the CRP and GMS designations, and is a past recipient of the Meritorious Service Award from the Worldwide ERC. 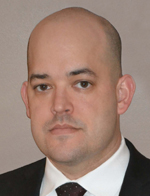 Charles Olden joined the Department of State in May of 2000 as part of the Logistic Management Division (A/LM). Over the past eighteen years he has held numerous positions throughout A/LM of increasing responsibility, including Deputy Director of the European Logistics Support Office and Transportation Operations Branch Chief, and his current position as Transportation Operations Branch Chief Traffic Management Branch Chief. Olden played key roles in developing the Department’s Logistic Management software to include an auto rating tool, shipment booking and tracking modules and quality control modules. He contributes his success within the department to his “Team First” mentality not only for his direct reports, but also the TSPs that partner with the department to fulfill mission requirements.