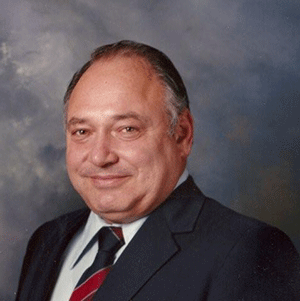 Jay L. Goldberg, who died in 1998, owned and operated the largest household goods port agency in the New York/New Jersey area. He was instrumental in solving numerous problems experienced at the Bayonne Naval Base relative to management, handling, and transport of code 5 military shipments. For more than ten years, Goldberg served as an Associate Members’ Representative for IAM (formerly HHGFAA), helping the association through a significant growth phase. Goldberg was actively involved in attracting agents from outside the continental U.S. to join the association, and demonstrated an ability to bring relatively distant and obscure businesses together to establish and strengthen industry relationships abroad. He also established regional representation among the Associate Members’ Management Board and proposed the annual meeting location in Nassau, The Bahamas in 1985. Jay Goldberg is remembered for his warm personality and ability to make others smile. He loved many things prior to his untimely death in 1998--his family, his grandchildren, and the association.