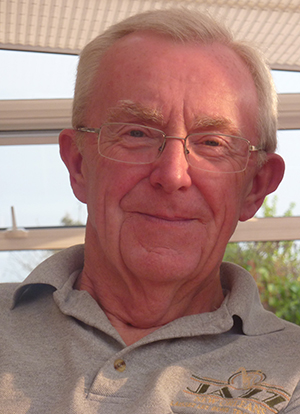 After studying Spanish and French at university, Brian Charles joined a fledgling Michael Gerson Ltd in 1968 - not realizing at the time that he would spend his entire working life with the London-based company, and that his fluency in languages would serve to enrich his career.

Mr. Charles worked in all areas of the business, and quickly rose to become a director of the company. His deep knowledge of the Industry made him a well-known and well-respected participant at conferences, representing Michael Gerson.

One of Brian’s main interests was in the field of training. It was a lecture on overseas moving for the British Removers Institute in the early 1970s that fired his passion for training young people in the industry. When the International Association of International Moving (FIDI) started planning the FIDI Academy, Brian was involved in the planning and design of the course and taught the first two Academy classes.

Subsequently, Brian Charles was approached by the Latin American and Caribbean Movers Association (LACMA) to organize training seminars in Spanish. These seminars were very successful and Brian taught more than 200 young people from all over South America in the art of international moving. His final seminar for LACMA was held in March 2012: He ran a “Train the Trainer” course to ensure that LACMA instructors could continue the work of preparing the Association’s young leaders.

For his dedication to the training and professional development of leaders in the moving industry, Brian Charles was selected for induction into the 2012 IAM Hall of Honor. Mr. Charles retired from Michael Gerson Ltd in 2005.