Click on each name to learn more about our staff 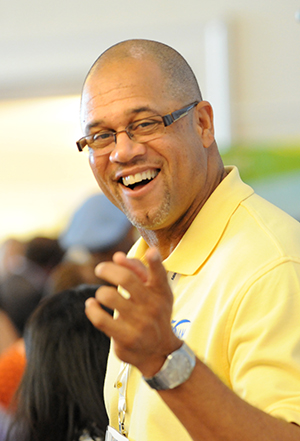 A former Army brat, as well as a onetime director of sales and operations at a local moving company, Chuck White is uniquely qualified to offer guidance and perspective from the viewpoints of both military customers and the industry. These days, he interacts with both IAM members and their government partners, applying his firsthand understanding of both at meetings and workshops. He spends a lot of time traveling for the Association, representing and advocating for its members.

Chuck is a football nut and a rabid fan of the NFL, particularly the Dallas Cowboys. He attended college on a football scholarship and was even named Most Valuable Player in the 1977 Hall of Fame Bowl Game. After an almost-successful effort to join the NFL rosters, he became a high school science teacher and football coach. Years from now, after he retires from IAM, he expects to return to coaching high school football. Until then, of course, there’s plenty for him to do as the industry’s relationship with the military continues to evolve. 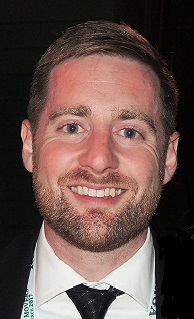 Brian Limperopulos has always been drawn to learning about other cultures and different parts of the world. In fact, when he was a young boy, his parents would distract him with maps, knowing he could spend hours counting the number of airports in California (there are a lot!) or finding the quickest way to get from home to grandma’s house. More recently, Brian indulged his passions for history, geography, and politics by studying international affairs in University. During that time, he was fortunate enough to spend a semester in Europe, studying in Brussels and traveling extensively.

After graduating, Brian coordinated shipments for the World Bank account for Security International in Washington, DC. Several years later, he joined IAM, where he now coordinates activities for the IAM-YP group, the International Shippers Association, and the IAM Logistics Network; leads IAM’s efforts in membership protections, including the Receivable Protection Program and the Members Ethics Council; and spearheads IAM’s efforts in standards development.

In his spare time, Brian watches and plays soccer – always supporting the US Men’s National Team and Arsenal F.C. He also continues to bone up on history, which may come in handy if he achieves his secret ambition: being a contestant on the game show Jeopardy! 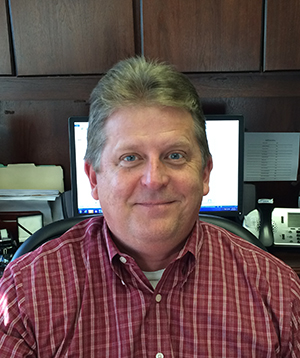 Steve Cox has spent his 25+ year career in the Washington, D.C. area finance, administration and HR non-profit arena.  This includes working in CFO positions with non-profits in the transportation, crime prevention, agriculture and military industries.

Steve also has moving industry experience in a “previous life” and “remembers very vividly what it’s like to load containers with a forklift and pack a container in the August heat.”

He has two adult kids and is a lifelong northern Virginia resident who currently resides in Manassas, VA. 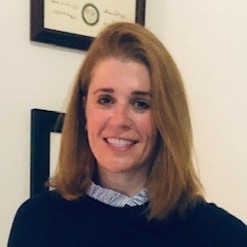 Julia O’Connor once aspired to be a psychologist working with children and adolescents. Although for a time she tutored gang members in a juvenile detention center, her career path changed when she interned for association while staying with her sister during the summer before her junior year in college. Over the years she honed her membership skills at organizations serving military officers, technical communication professionals, and those involved in training and development. Now she is Director, Membership & Database Management for IAM, and is adept at all tasks that involve managing IAM’s membership database, creating reports based on that data, and communicating the value of membership to members and prospective members.

Julia loves working at IAM, where she is in touch with people from all over the world. A highlight of her tenure so far was being a part of IAM’s 50th Annual Meeting. 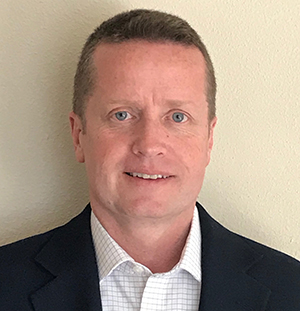 Dan Bradley serves as the primary contact between the Association and its membership with the U.S. Department of Defense (DOD) and other U.S. federal agencies with whom the IAM Membership conducts business, and which have enforcement and regulatory authority over the moving, forwarding and relocation industries.

Bradley is a U.S. DoD logistician with a broad background in domestic and international transportation operations, including operational level transportation movements and command headquarters policy, guidance, and oversight of freight, personal property, and unit deployment functions. He has held numerous positions in the SDDC, culminating in his assignment as Chief, Domestic Movement Support Division, where he led a staff of 30 in SDDC’s CONUS freight services functions responsible for the commercial carrier registration, performance, and freight tender programs. 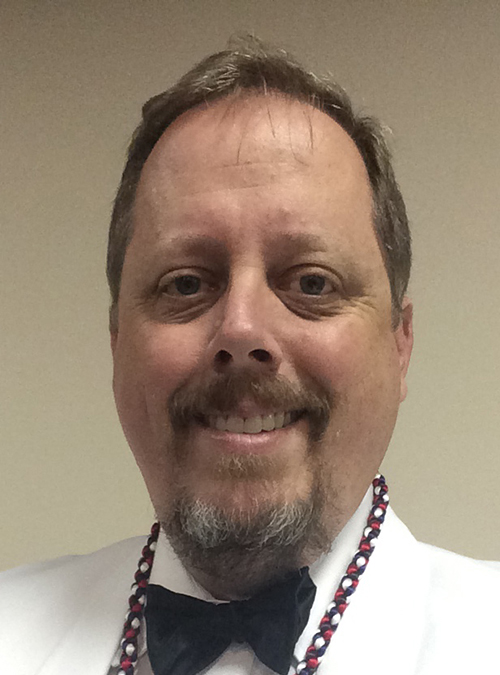 Carl Weaver has a long history with website content and building websites, in addition to having worked at a few associations along the way. Before joining the ranks in the association world, Carl taught GED and SAT preparation classes; taught computer literacy at a homeless shelter for veterans; fixed and resold film and slide projectors; worked as a photographer in many different disciplines; repaired automobiles; sold and built computers; and ran the production department for a large online data provider. He also makes the best pancakes you will ever have.

Carl is an avid writer and is working on his third book, as well as a couple cookbooks. He is an active Freemason, and also a Kentucky Colonel, Moose, Elk, and Pythian. In his spare time he runs an independentbook publishing company and brews small-batch, artisanal, hand-crafted beer. He could very well be the last of the Renaissance Men.

Will Kohudic
Manager of Marketing and Communications 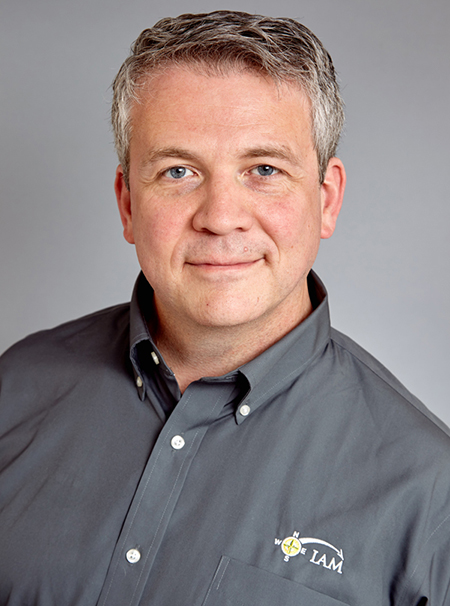 Will Kohudic has worked for nonprofits large and small for the past twelve years, where he has developed his passion for publications and marketing. Previously, he served as a web developer and designer of educational software. Most of his free time is devoted to his wife and two children (ages 11 and 14) and his hobbies which include hiking, travel, and brewing beer. 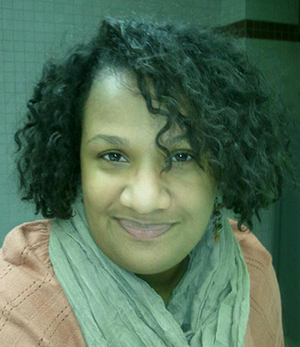 Born in Brooklyn, New York, Jamila’s favorite childhood memory is that of looking out of the window of her family’s apartment and seeing in the distance the ocean and the Coney Island boardwalk. Her view changed considerably when, at age ten, Jamila moved with family members to Saudi Arabia for six years. Her experiences living in Mecca—and visiting fascinating countries such as Yemen, Kuwait, Jordan, Namibia, Mexico, and several islands—have shaped her insights as she works with IAM members from around the globe. She joined IAM in 2002 and has watched the Association evolve significantly.

For a long time Jamila wanted a career in the medical field. Now, however, she is working toward a degree in business, with a concentration on human resources – skills she brings to her position as manager of operations for IAM. Someday she wants to start her own company, an enterprise that promotes a holistic way of living, including the products and foods we use in our everyday life. Meanwhile, she focuses on her family and, because she likes to cook, often hosts holiday gatherings for her relatives. If you haven’t guessed, she also organizes the office pot luck lunches, too. 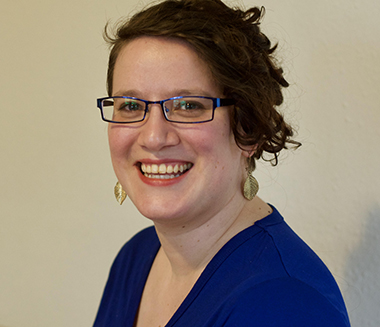 Nicola's life has been a juxtaposition of the local and the international. Raised in a small town in Upstate New York, she and her family spent half of her fourth-grade year instead in a small town in southern Lincolnshire, where her father had grown up. Later, she spent every summer of her teenage years singing music from around the world (from South Africa to the republic of Georgia, Appalachia to Corsica) in village churches around New England. After college, she was thrilled to have the opportunity to travel across Europe for three months with the same organization, and see Corsica, Berlin, and the Alps for herself.

Apart from those three months of travel, Nicola spent two years after college working at an international public health organization, where she particularly enjoyed communicating with field offices around the world, and she is pleased to be once again working at a company with a broad international membership.

She moved to Virginia to pursue graduate studies in Shakespeare and Performance, relocating to the DC area after achieving her MFA. Outside of work, she volunteers at a local cat shelter, sings in a choir, and periodically appears in a variety of theatrical productions. 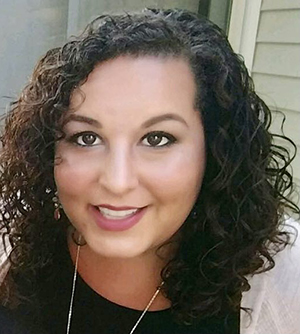 Morgana has nearly two decades of experience in the logistics industry. She has a deep understanding of global relocations, freight forwarding, and customer service.  Additionally, Morgana is passionate about education and has enjoyed facilitating industry related trainings, learning sessions, and relocation panels.  She remains an active member of IAM YP and is the past President of the FIDI39 Club.

Morgana has Egyptian roots and an international upbringing.  She attended the University of Reading in the UK, where she earned a BS in Psychology and also speaks Dutch fluently. Currently Morgana resides in Clearwater, Fla. with her husband Matt & 2 children (Aydin & Adira). 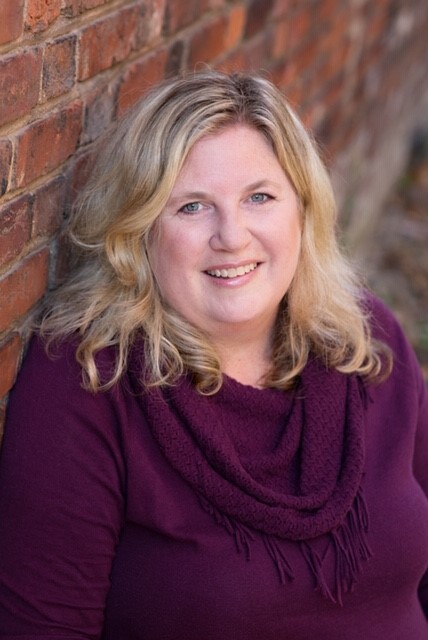 After graduating from the University of Virginia with a degree in Environmental Science, Angela started her career in environmental consulting. Her most interesting consulting project was a 4-week field project in Guantanamo Bay, Cuba. In addition to consulting, Angela also worked for an association doing government relations work in the chemical industry. There she enjoyed working with federal agencies, member companies and other stakeholders to reach common goals in the areas of worker safety and chemical security. After taking a break from paid employment to raise 3 boys, Angela returns part-time to the working world to assist IAM with its programs and membership. In her spare time, you will find Angela at a soccer field, a basketball or tennis court, at a regatta, on a pool deck, or attending an academic competition. Angela is looking forward to working with IAM members.

“ John Day, founder of the Day Companies, has been an IAM member for nearly 40 years. He was instrumental in developing the Hall of Honor, and since its 2008 inception has served as Chair of the Hall of Honor Selection Committee.